One of the celebration I love and most of the kids – is Halloween! It is also a way to get families get together. Every Halloween we go to my sister in law’s house to do trick or treating on their neighborhood.

[Related Topic: The  day after the Halloween]

The Grandma excited holding my daughter – the little Pink Monster!

My husband, little Pink Monster and in-laws, though they are always shy to take  pictures but yey I gathered them in this small little corner of my sister in-laws house. Say Halloweeeeennnn! 🙂

Me (as a crocodile) preppin’ to trick or treat with the Pink Monster, Kylo Ren (Star Wars), Zombie Baker and the Western Bandit! 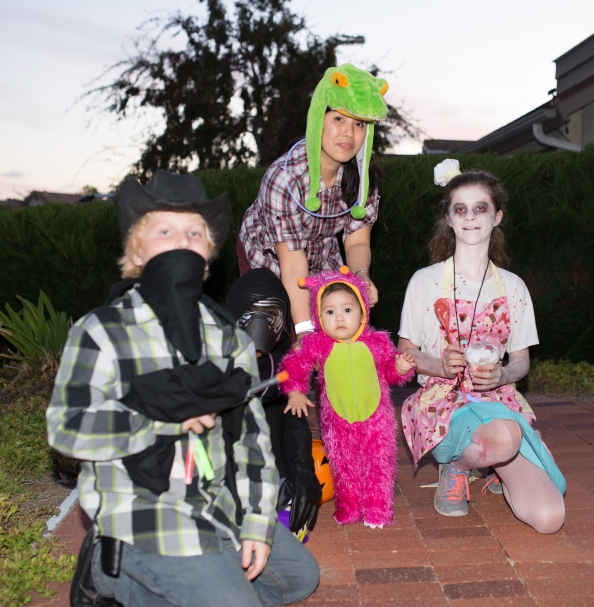 L-R: Cousin Leo, Raymond, Audrey, Cousin Ava and me at the back

Getting ready for trick or treating.. My Pink Monster looks so concerned. 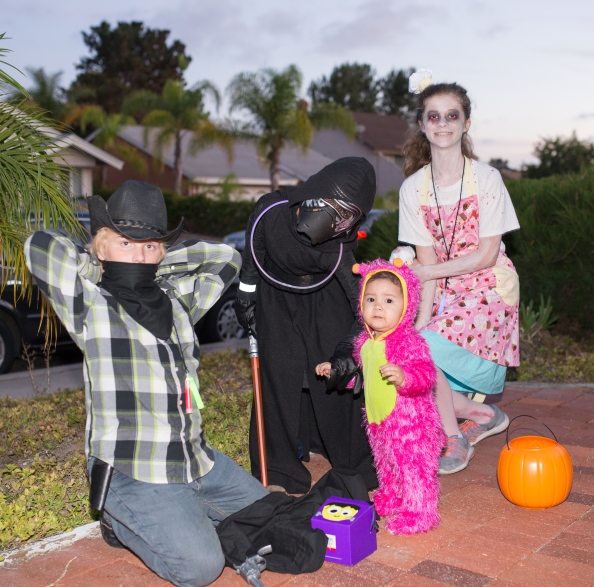 Then she got excited later! 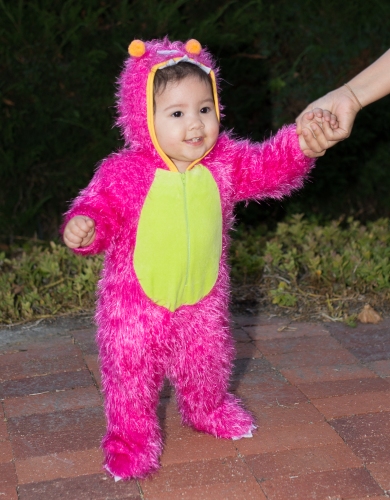 My son Raymond as Kylo Ren took a chance to take a photo with a fog from one of the haunted house.

The Zombie Baker getting into the character. 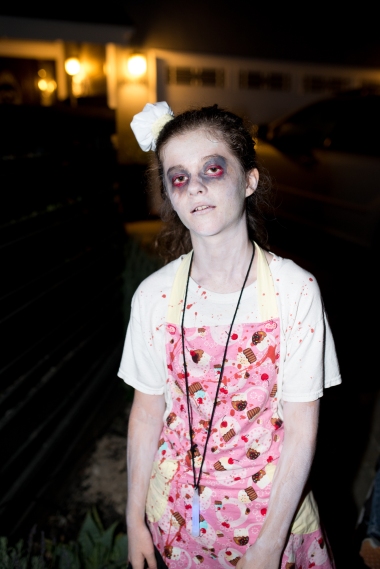 Western Bandit stolen shot made me imagine him robbing banks in the old west! 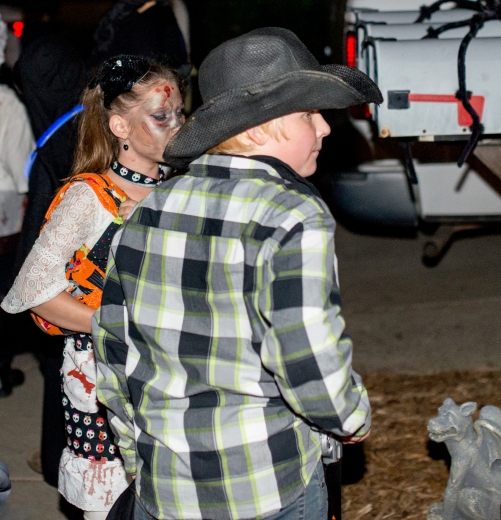 Meeting other Zombie Bakers! Salute to their Moms who took effort on their makeup, really make me feeling the Halloween! 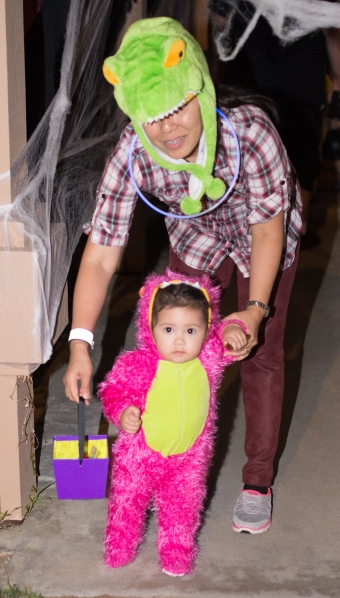 We got invaded by the Aliens!

And of course Halloween candies are the fun part!

Welcome to my Site! This is Donna! Engineer turned full time wife to Brent and Super Mom to Raymond and Audrey. This site is our Family Blog that is open to read by everyone. I mostly blog about Immigration, Life in the US, Parenting, Cooking and beyond. I love learning and exploring new things, new values and new ideas from different culture. I believe keeping the good things and leaving the negative behind will make us a better person. Thank you for visiting!